Welcome to our county! I am inviting you to tour my site so I can try and assist you with information about our Emerald Coast and the homes we have to offer.

We understand the stress of a move and the military lifestyle. We can help you find the home you deserve!

If you would like to request a free Eglin AFB Florida relocation package, simply fill out the brief form below and click "Submit."

Items marked with a red star (*) are required.

Click on my picture to read more about me. 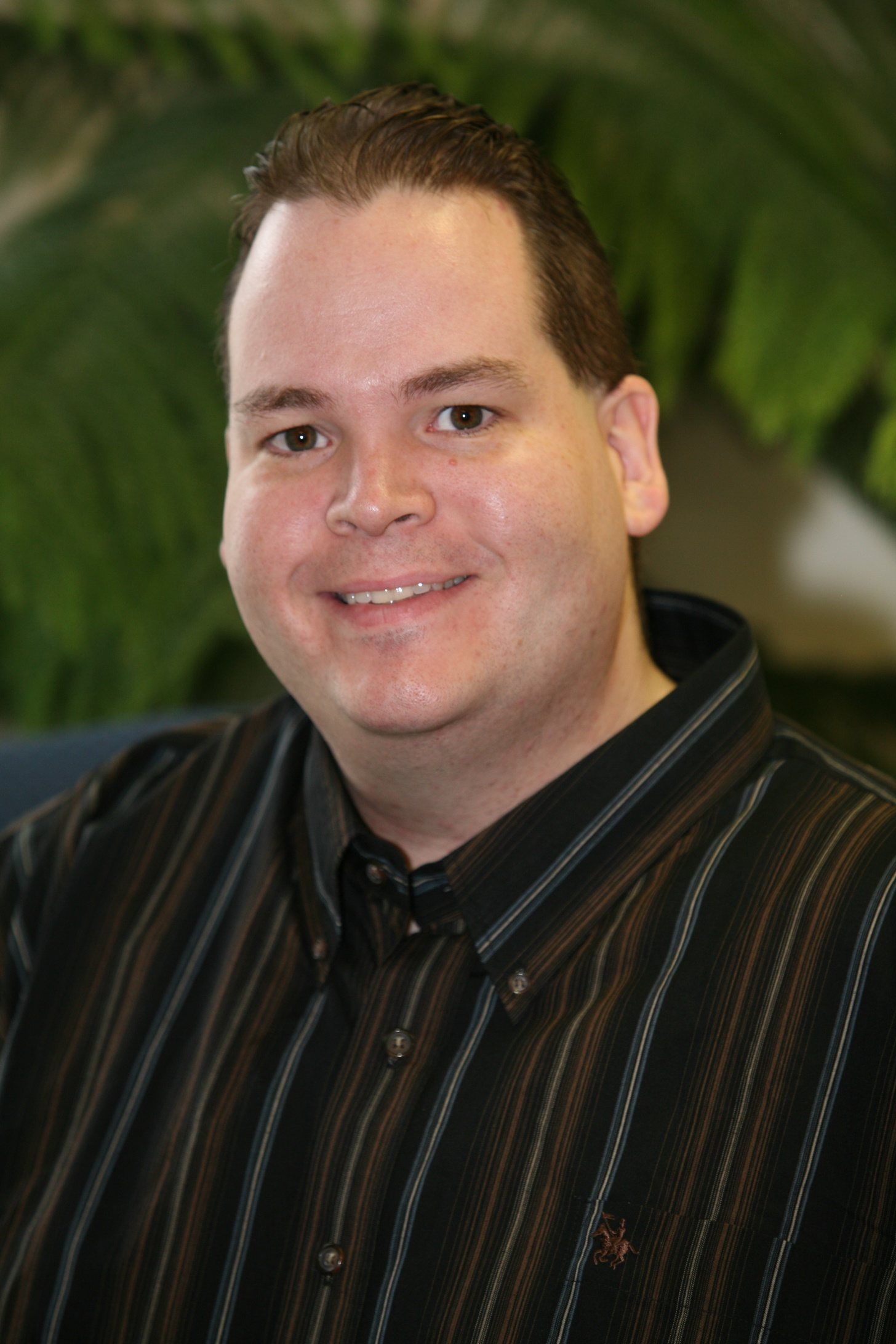 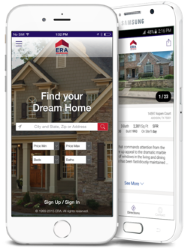 Want to take your search on the go and find nearby homes? Download my free mobile app.

Units
Eglin is the home of the Air Armament Center (AAC) and is one of four product centers in Air Force Materiel Command. Serving as the focal point for all Air Force armaments, the AAC is the center responsible for the development, acquisition, testing, deployment and sustainment of all air-delivered weapons.

The host wing at Eglin is the 96th Air Base Wing (96 ABW) whose mission consists of supporting the Air Armament Center and the myriad of associate units with traditional military services as well as all the services of a small city, to include civil engineering, personnel, logistics, communications, computer, medical, security, and all other host services. Critical to the success of Eglin’s mission, the 96th Air Base Wing provides a large number of base operating support functions.

96th Air Base Wing (96 ABW)The 96 ABW supports the Air Armament Center and other tenant units of the installation with traditional military services as well as all the services of a small city, to include civil engineering, personnel, logistics, communications, computer, medical, security.

F-15C of the 33rd Fighter Wing.
33d Fighter Wing (33 FW) (F-15C/D Eagles) Tail Code: "EG"The 33 FW “Nomads” are the largest tenant combat unit at Eglin, as well as a premier air-to-air combat unit of the Air Combat Command (ACC). With two F-15C/D squadrons and an air control squadron, the wing’s mission is to deploy worldwide and provide air superiority and air control. First established as the 33d Pursuit Group, the wing’s contribution to tactical airpower during its 50-year history has been significant with participation in campaigns around the world, while flying various fighter aircraft.

49th Test and Evaluation Squadron (a squadron attached to the 53d Wing but located at Barksdale Air Force Base, La.)The squadron plans, executes and reports ACC's weapon system evaluation programs for bombers (B-52, B-1 and B-2) and nuclear-capable fighters (F-15 and F-16). These evaluations include operational effectiveness and suitability, command and control, performance of aircraft hardware and software systems, employment tactics, and accuracy and reliability of associated precision weapons. These weapons include air-launched cruise missiles, standoff missiles, and gravity bombs. Results and conclusions support acquisition decisions and development of war plans. The unit also performs operational testing on new systems and tactics development for the B-52.

308th Armament Systems Wing (308 ASW)A joint U.S. Air Force and U.S. Navy organization responsible for cradle-to-grave management of air dominance weapon system programs equipping warfighters with strike weapons to fight and win decisively.
The mission of the 308 ASW is to equip warfighters with strike weapons to fight and win decisively. The wing designs, develops, produces, fields, and sustains a family of air-to-ground munitions, enhancing warfighter capabilities (both U.S. and allies) in defeating a spectrum of enemy targets.
AFRL Munitions Directorate (AFRL/RW)AFRL/RW develops, demonstrates, and transitions science and technology for air-launched munitions for defeating ground fixed, mobile/relocatable, air and space targets to assure pre-eminence of U.S. air and space forces. The directorate conducts basic research, exploratory development, and advanced development and demonstrations. It also participates in programs focused on technology transfer, dual-use technology and small business development. The directorate is dedicated to providing the Air Force with a strong revolutionary and evolutionary technology base upon which future air-delivered munitions can be developed to neutralize potential threats to the United States.

20th Space Control Squadron (20 SCS)The mission of the 20 SCS is to detect, track, identify, and report near earth and deep space objects in earth’s orbit, and provide space object identification data in support of United States Strategic Command’s space control mission. The men and women of the 20th SPCS operate and maintain the AN/FPS-85 radar, the Air Force’s only phased-array radar dedicated to tracking earth-orbiting objects.
6th Ranger Training Battalion (6th RTB)Eglin AFB Auxiliary Field #6 (Biancur Field) is the site of Camp James E. Rudder and the home of the U. S. Army’s 6th Ranger Training Battalion. The 6th RTB conducts the final phase of the U.S. Army Ranger Course. The entire course is 61 days in length and is divided into three phases. Each phase is conducted at different geographical and environmental locations. Its mission at Eglin is to expose Ranger students to a fast-paced, 18 day field training exercise.

Naval School of Explosive Ordnance DisposalThe Naval School of Explosive Ordnance Disposal (NAVSCOLEOD) is a Navy-managed command, jointly staffed by Army, Navy, Air Force, and Marine Corps personnel. NAVSCOLEOD had its official ribbon cutting on the new consolidated training facility in April 1999.
The Joint Fires Integration and Interoperability Team (JFIIT)This is a subordinate, functional command of U.S. Joint Forces Command (USJFCOM), tasked with improving the integration, interoperability, and effectiveness of Joint fires.
USJFCOM established JFIIT in February 2005 to provide assistance to Joint force commanders and Service headquarters in planning, coordinating, and executing Joint fires at the tactical level. JFIIT's 120-member team is made up of members from all four Services and Department of Defense (DoD) civilians with contractor support.
AFOTEC Det 2The Air Force Operational Test and Evaluation Center stood up Detachment 2 at Eglin to meet the growing demand to provide realistic operational testing for new and modified weapon systems. Since then, Detachment 2 has partnered with the warfighter and the developmental test community to provide the most thorough and rigorous operational test programs found anywhere in the world.

History
Eglin Air Force Base was named on 24 Jun 1948 in honor of Lt Col Frederick Irving Eglin (1891-1937). First rated as a military aviator in 1917, he helped train other flyers during World War I. On 1 Jan 1937, while assigned to General Headquarters, Air Force, Langley Field, VA, Colonel Eglin was killed in the crash of his Northrop A-17 pursuit aircraft on a flight from Langley to Maxwell Field, AL.
Previous names of Eglin AFB were:
Valparaiso Bombing and Gunnery Base, 14 Jun 1935
Eglin Field, 4 Aug 1937
Eglin Field Military Reservation, 1 Oct 1940
Eglin Field, 28 Dec 1944

Operational History
In 1931, personnel of the Air Corps Tactical School (Maxwell Field, Alabama) while looking for a bombing and gunnery range, saw the potential of the sparsely populated forested areas surrounding Valparaiso and the vast expanse of the adjacent Gulf of Mexico.
Local businessman and airplane buff James E. Plew saw the potential of a military payroll to boost the local area’s depression-stricken economy. He leased from the City of Valparaiso the 137 acres (0.6 km2) on which an airport was established in 1933, and in 1934, Plew offered the U.S. government a donation of 1,460 acres (6 km2) contiguous for the bombing and gunnery base. This leasehold became the headquarters for the Valparaiso Bombing and Gunnery Base activated on June 14, 1935, under the command of Captain Arnold H. Rich.
With the outbreak of war in Europe, a proving ground for aircraft armament was established at Eglin. The U.S. Forestry ceded to the War Department the Choctawhatchee National Forest. In 1941, the Air Corps Proving Ground (later the Proving Ground Command) was activated, and Eglin became the site for gunnery training for Army Air Forces fighter pilots, as well as a major testing center for aircraft, equipment, and tactics. In March 1942, the base served as one of the sites for Lieutenant Colonel Jimmy Doolittle to prepare his B-25 crews for their raid against Tokyo. A number of auxiliary fields were constructed on the Eglin reservation at this time, many of which are still in service in various roles, either in support of flight operations or special test activities.
After the war, Eglin became a pioneer in developing the techniques for missile launching and handling; and the development of drone or pilotless aircraft. In 1947, a successful drone flight from Eglin to Washington, D.C. was conducted.
In 1950, the Air Force Armament Center was established at Eglin. After the start of the Korean War, test teams moved to the combat theater for testing in actual combat. In 1957, the Air Force combined the Air Proving Ground Command and the Air Force Armament Center to form the Air Proving Ground Center. In 1968, the Air Proving Ground Center was redesignated the Armament Development and Test Center to centralize responsibility for research, development, test and evaluation, and initial acquisition of nonnuclear munitions for the Air Force.
In 1975, the installation served as one of four main U.S. Vietnamese Refugee Processing Centers, where base personnel housed and processed more than 10,000 Southeast Asian refugees. Eglin again became an Air Force refugee resettlement center processing over 10,000 Cubans who fled to the U.S. between April and May 1980.
During a 1992 reorganization, the Air Force disestablished Eglin's parent major command, Air Force Systems Command (AFSC) and merged its functions with the former Air Force Logistics Command (AFLC). The newly created major command from this merger, Air Force Material Command (AFMC), remains Eglin's parent command to this day.
In 1998, as part of the Air Forces' strategic plan to guide the service into the 21st century, the Air Force Development Test Center became the Air Force Materiel Command's Air Armament Center (AAC), responsible for development, acquisition, testing, and fielding all air-delivered weapons.

National historic status
There are two U.S. National Historic Landmark Districts with connections to the base: Camp Pinchot and Eglin Field.

We are members of:

Our listings are featured on:

Add us to your RSS reader!